Trinity is a universal musical instrument and original sounding modular groovebox. It can function as any type of digital synthesizer, sequencer, controller, arpeggiator, or almost anything that can be programmed into a micro-controller.

Trinity is designed to be connected and combined with other Trinities of different functions in a chain so that you can create your own music-making environment. It is ready to communicate with the outer world via MIDI and different sync and CV methods using MIDI Bastl. We are musicians passionate about exploring new fields of sonic experience – we already developed 4 different instruments for Trinity, which work great together. They are sequencer, drum synthesizer, polyphonic synthesizer, and monophonic FM synthesizer… and there are many more to come!

The true power of Trinity reveals when more instruments are connected in a chain that shares communication (MIDI), Audio line, and power.

COMMUNICATION: SQNCR can sequence 3 different Trinity instruments via MIDI protocol, which is ideal for live sequencing. All instruments have MIDI input, which reads note and CC values. (We plan to make a CC automation sequencer and sensor boards sending CC.)

AUDIO: The chain connectors also share an audio line which simply works as a passive mixer, so all instruments can be mixed directly on Trinities themselves using the volume knobs, and audio can be taken out by the rightmost jack. You can also take the audio from each device separately.

POWER: The chain also shares power, so you need only one power adaptor to power the whole system. The Instruments can be powered from batteries in the chain as well.

Trinity is as much a finished musical instrument as an empty canvas. It is open for any sort of hacks, both hardware and software. You can hack the existing software or write your own synth software from scratch using the Mozzi library for sound output. Because Trinity is based on Arduino, you can use the whole world of it to interface literally anything with it. Hardware hackability means that you can connect sensors or motors to it or sync it to any device. The software and examples are written in a structured form so you can read and change them easily.

The field of our sonic fantasies lies beyond the algorithmically synthesized digital stuff. We are working on the development of digitally controlled analog circuitry, on mechanical output through motors and high voltage switchers, but also in implementing different sensoric / weird ways of performing. This all compatible with the Trinity chain. 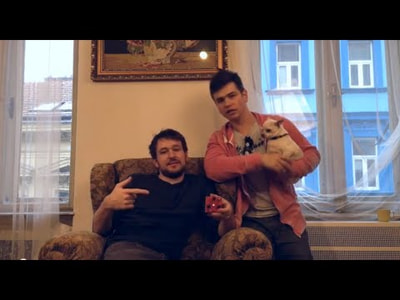 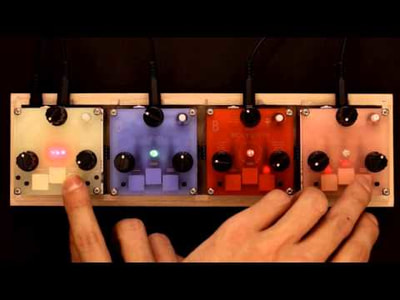